Goldratt Research Labs (GRL) was founded in 2007 by Dr. Alan Barnard, on request of Dr. Eli Goldratt, the creator of Theory of Constraints and best-selling author of The Goal, to create a research organization that would be a spearhead for developing new knowledge and new applications of Theory of Constraints to help organizations and individuals make better faster decisions when it really matters.

Today, Goldratt Research Labs is the world’s leading source of Theory of Constraints based research and innovation services, as well as a provider of strategic and tactical decision support technologies.

GRL works with customers from both the private and public sector, typically through joint-research projects, to design, validate, plan, execute and operationalize solutions that help them overcome constraints to Growth.

Our customers include some of the world’s largest organizations within manufacturing, distribution, mining, high-tech and publishing, as well as government agencies and NGOs.

We offer customers access to field tested Theory of Constraints best practices and solutions across a wide range of applications as well as advanced analytics and decision support technologies that has been proven to deliver step-change improvements in operational and financial results in a low cost, low risk and sustainable way.

Our Robust Research Approach typically include the follow steps:

About Alan
There is no such thing as ‘Best’ … only ‘Better’… so rather than aiming to develop a ‘Best Practice… just develop a “Better Practice”.
​– Dr. Alan Barnard

Dr. Alan Barnard is one of the world’s leading Decision Scientist and Theory of Constraints’ experts. Alan is the CEO of Goldratt Research Labs, a company he co-founded in 2008 together with Dr. Eli Goldratt, creator of Theory of Constraints. After their first meeting in 1993, there was an immediate connection between Alan and Eli. Alan and Eli were both curious about understanding why good people make and often repeat bad decisions within their life and in managing organizations and also were passionate about applying a robust science and an holistic approach to developing new Thinking & Decision making methods and advanced Technologies to help people make better faster decisions – decisions that move them closer to their goals.

Alan is very active in a number of Non-Profit Professional Organizations and Universities within his fields of interest. Alan is the former President of SAPICS (www.sapics.org) and former chairman of TOCICO (www.tocico.org). Alan is also the Chairman of Odyssey Institute (www.tocoydssey.org), a Non-Profit organization he co-founded with Dr. Eli Goldratt in 2005 and also serves as external board member of BHP’s Science and Innovation Council (www.bhp.com). Alan is also a frequent supervisor of PhD students and guest lecturer at the DaVinci Institute and Duke University.

For more information about our Founder and CEO, go to www.dralanbarnard.com

Jaco-Ben Vosloo
Jaco-Ben is VP of Technology at Goldratt Research Labs. He has extensive experience in delivering end-to-end supply chain simulation projects to support supply chain and business transformation projects including 5 years of relevant experience in senior positions with BHP Billiton. He brings a deep understanding of simulation modelling and Theory of Constraints best practices in supply chain and operations management. Jaco-Ben holds a BSc in Industrial Engineering and is currently in the process to completing his MSc in Simulation.
Dr. Andrey Malykhanov
Andrey is one of the world’s leading simulation experts that have worked closely with Dr. Alan Barnard over the past few years to develop simulation models for especially large and complex supply chains, project-based organizations, retail and mining environments. Andrey is also managing partner of Amalgama LLC, based in Russia that provides professional services in simulation and simulation-based consulting. Andrey holds an MSc and a PhD in applied computer science – Simulation.
Dr Benjamin Schumann
Ben is passionate about simulation and is a recognized thought leader in the community. He delivers innovative keynote speeches, co-hosts a simulation podcast and writes a blog on all things simulation. He joined Goldratt Research Labs in 2018 focusing on productionising simulation models for a broader audience. Ben started his passion for simulation during his PhD in Complex Systems Simulation at the University of Southampton (UK). After that, he worked with decisionLab, a boutique simulation consulting firm in London for three years. Before joining Goldratt, he worked as a simulation consultant with McKinsey & Company, Inc., predominantly in their supply chain and mining practices.

Vitor Lemos
Vitor holds and M.S.c in Industrial Engineering, specialized in supply chain analytics. More than 5 years of experience in agent-based and discrete event simulation modeling applied to many different business areas. Also built digital twins of complex systems, such as industrial assets maintenance and reliability. He is a passionate coder, trying to leverage the latest technologies for better and more informed decisions. 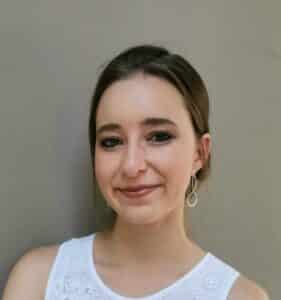 Anri Gathercole
Anri holds a B.Eng in Industrial Engineering and is passionate about improving systems and processes. She was introduced to the Theory of Constraints while she was studying and was immediately captivated. She did her final year project in collaboration with Goldratt Research Labs about inventory management, titled “Determining the boundary conditions of various inventory management policies using simulation.” After completing her degree, she joined the Goldratt Research Labs team, where she is involved in digital marketing and simulation modeling. 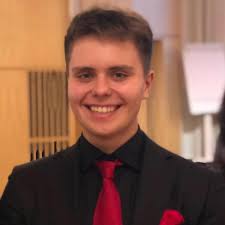 Teo Branzell
Teo is an entrepreneur, speaker, author, and social media expert. One of his greatest passions and life missions, is to help reduce the obesity epidemic in the world. This is because, at the age of 14, he made the decision to regain control and become healthy. In 10 months he lost 76lbs. Now he’s gained it all back for the purpose of his documentary called “The Final Change” where he shows that small changes can yield massive results. Teo met Dr. Barnard when he interviewed Dr Barnard for his podcast series, “Social Media Branded.” Now he works closely with Dr. Barnard to develop and implement social media and business growth marketing strategies to help more and more people, make better faster decisions when it really matters. 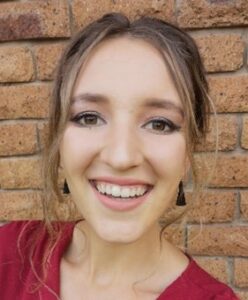 Karini Goosen
Karini is pursuing a degree in Industrial Engineering and plans to graduate in June 2022. She has a particular interest in Theory of Constraints, Lean Production, and Continuous Improvement. The manufacturing environment fascinates her, and she aspires to become an expert in this field. She joined the Goldratt Research Labs team in 2022, where she is involved in customer projects, digital marketing, and simulation modeling. 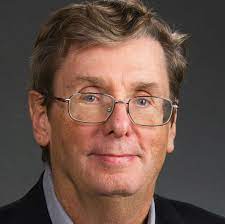 Dr. Curt Carlson
Curt was President and CEO of SRI International in Silicon Valley from 1998 to 2014. During this time SRI’s revenue tripled and SRI became recognized as one of the world’s most productive innovation enterprises, having helped create Siri, HDTV, Intuitive Surgical, and many other world-changing innovations. Curt started his career at RCA and then GE before joining SRI. He has formed a management consulting group, The Practice of Innovation (PoI), to share with companies, governments, and universities what he has learned about innovation, education, and economic development. Curt is an advisor for Goldratt Research Labs. 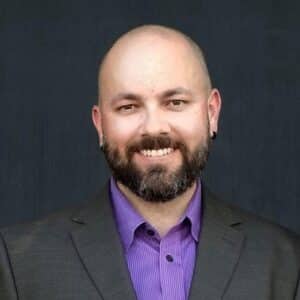 THE CREATOR OF THEORY OF CONSTRAINTS – DR ELI GOLDRATT

Dr. Eliyahu M. Goldratt was an educator, author, scientist, philosopher, and business leader.  But he was, first and foremost, a thinker who provoked others to think.  Often characterized as unconventional, stimulating, and “a slayer of sacred cows,” Dr. Goldratt challenged management teams to examine and reassess their business practices with a fresh, new vision.

Dr. Goldratt created and developed the Theory of Constraints (TOC), an overall framework for helping organizations and individuals to determine:

Dr. Goldratt was an internationally recognized leader in the development of new business management philosophies and systems.  He was a sought-after educator by many of the world’s largest corporations, including General Motors, Procter & Gamble, AT&T, NV Philips, ABB and Boeing. He obtained his Bachelor of Science degree from Tel Aviv University and his Masters of Science, and Doctorate of Philosophy from Bar-Ilan University.  In addition to his pioneering work in business Management and education, he held patents in a number of areas ranging from medical devices to drip irrigation to temperature sensors.

Dr. Eliyahu M. Goldratt was the founder of TOC for Education, a non-profit organization dedicated to bringing TOC ideals to teachers. After retiring from the Avraham Y. Goldratt Institute in the mid 90s, he founded Goldratt’s Marketing Group to make the TOC knowledge available to the market in the form of self-learning resources, Goldratt Consulting to bring companies to being ever-flourishing, and Goldratt Schools to teach and train individuals seeking to expand their TOC knowledge — the Goldratt Group was created. He asked Dr. Alan Barnard to create Goldratt Research Labs as an independent company, spearheading the development of new knowledge and applications of TOC through research partnerships.

The TOC concepts were first illustrated in his best-selling book “THE GOAL”, a non-traditional approach to convey knowledge — it is a business textbook written in novel form, disguised as a love story. The books that followed were “THE RACE”, “WHAT IS THIS THING CALLED TOC?”, “THE HAYSTACK SYNDROME”, ”PRODUCTION THE TOC WAY”, “IT’S NOT LUCK”, “CRITICAL CHAIN”, “NECESSARY BUT NOT SUFFICIENT”, “ISN’T IT OBVIOUS”, and “THE CHOICE”.  He was a frequent contributor to scientific journals, magazines and business publications and sat on several editorial boards.